In 2021 the Towards Zero Foundation and the Parliamentary Advisory Council for Transport Safety have published a report with accompanying dashboard which assesses road safety performance by local authority area. The analysis looks at previous collision records by local authority and police force and estimates the level of ‘under-performance’ compared to the stagnation in road casualty reduction seen post 2010.

The Index, and the analysis included in this report, focus on the majority of casualties which occur on roads under local authority control. It includes data to:

The report shows the best performing and weakest performing local authorities in England, Scotland and Wales in comparative tables. This is not to celebrate success or condemn poor performance but to show the inconsistencies within the picture across Britain and to highlight the opportunities that exist to secure significant gains by embedding best practice across the board.

There are no other national publications that assess performance or risk across Great Britain since road safety targets ended in 2010. Although the index has been warmly welcomed by practitioners there are no long-term plans to keep this updated. 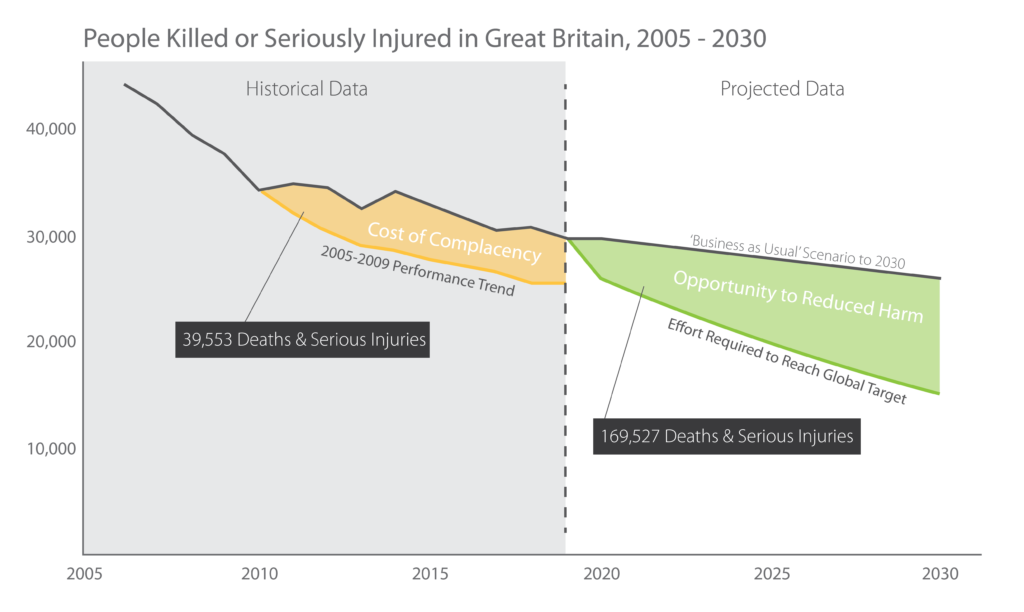 Other articles on this topic:

Previous: How to report road safety information: a guide for journalists
Next: Crash locations
Search the data wiki: